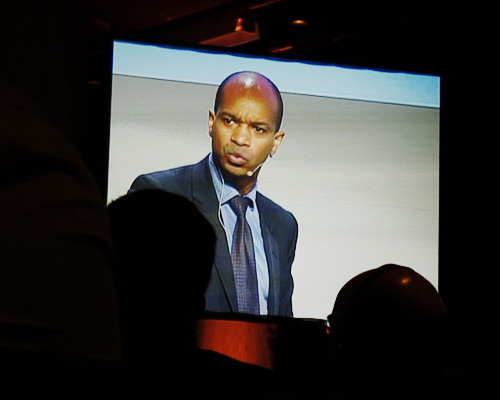 So why did they call it videojournalism then?’, is always the way it ends

Ask any journalist what is videojournalism and there’s two broad reactions:incredulity, because it’s a daft question, or it’s that …… Yes, but how do you know?

Does it matter? Perhaps not! Does anyone care? No, not really!, so what’s the fuss?

Well in my thesis, I locate the source of videojournalism in the UK, and what I have uncovered will surprise you. It’s locked in a 100,000 word thesis with several attached films. It’s not yet published,  but here I can give you give you a peak. Ready!

I can picture six black holes in my timeline, that were singularly disruptive  and have brought me to this beautiful place in Italy.

Each one is a story in itself, but I don’t have the time. Here goes!

In 2001 I wrote for Blue Print – an architectural and design magazine. 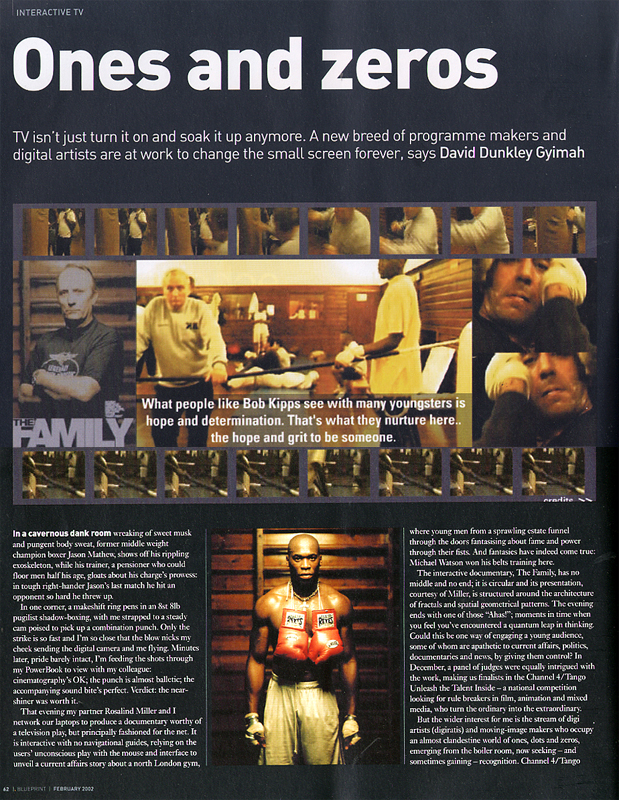 Television and video was changing. It’s always changing, but something else was going on.

This is where I end up, reflecting on the thesis. I am on an open public balcony looking across Perugia’s plains,  a carpet of cloud creeps menacingly from below.

In minutes the temperature drops, towns are enveloped and any line of sight is obscured for miles. All I can see are monastic crowns of the odd building breaking the sky’s surface.  Any moment now the director will shout ‘cut’ as Ra’s al Ghul of the league of nation emerges from a monastry.

Instead this is Perugia, a historic seat of learning, attracting some 40,000 students in a town that holds 180,000 people.

Life ever more dramatic than fiction, Perugia too is where the unsolved murder of British student Meredith Kercher placed this picturesque town in the frenzied headlights of the media. The world has become a stage.

Perugia’s  architecture mimics a period giant film set; narrow winding streets provide a script for a villain in chase.  This morning, I am chasing shadows, running down nature’s set and shoot a promo to add to another made earlier.

It generates some interest from attendants and on twitter. 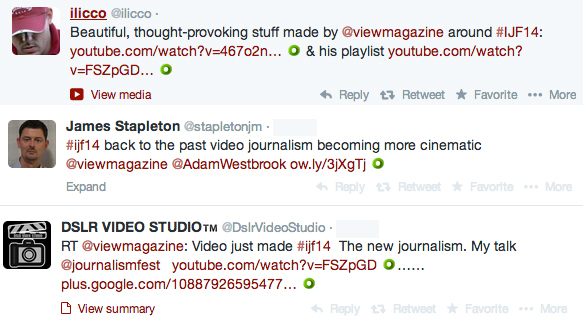 Journalism.co.uk, one of the UK’s leading journalism sites also do a piece on the talk I give, which focuses on one plank of the research. How cinema can be factual and is different to cinematic.

The journey to Perugia started in earnest five months earlier – at about the time I was completing major research into mass communications and television and videojournalism. Cannes has its film festival, Utah, famously Sundance, yet Perugia has become renowned for its Jazz, film and prominently, since 2012, it’s International Journalism festival.

It is where the spectrum of media from across the world dealing in television, documentary to social media gather to share. In spite of the costs to stage the event, it has remained egalitarian and free to anyone to attend. The invitation for speakers to participate comes with a paid hotel and five star restaurant meals for the three days.

Yes Let’s do it. We feel your work would generate significant interest amongst festival attendees.

I have unearthed something about news, factual story form and videojournalism, which has taken six years. The research is entitled: The Cinematography of  video journalism: Towards a Creative Methodology. Redefining video journalism. It’s taken me around the world e.g. South Africa,  Chicago, Lebanon and  China, probing and asking questions. 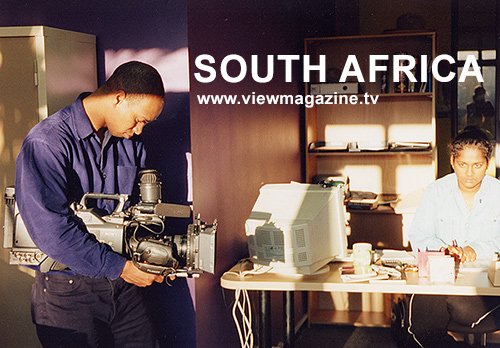 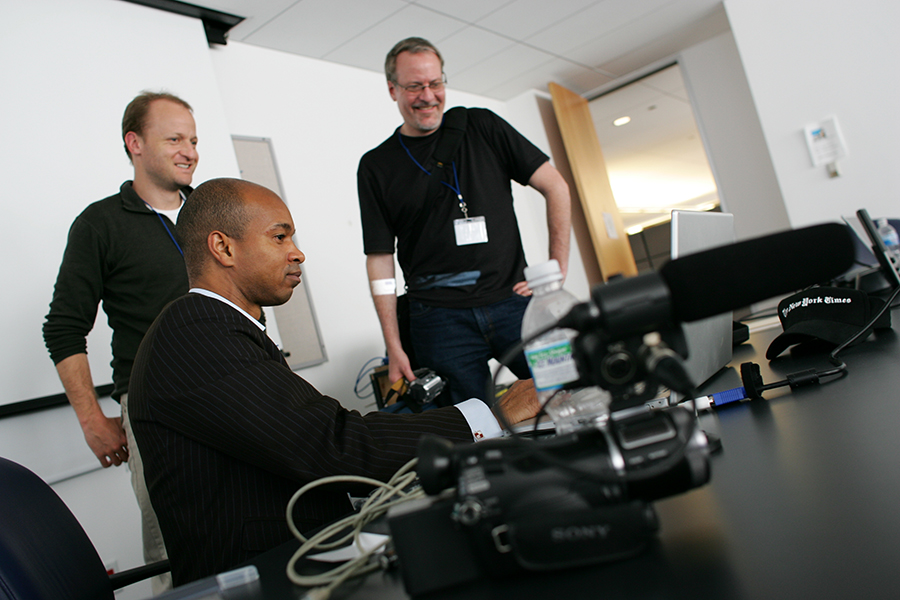 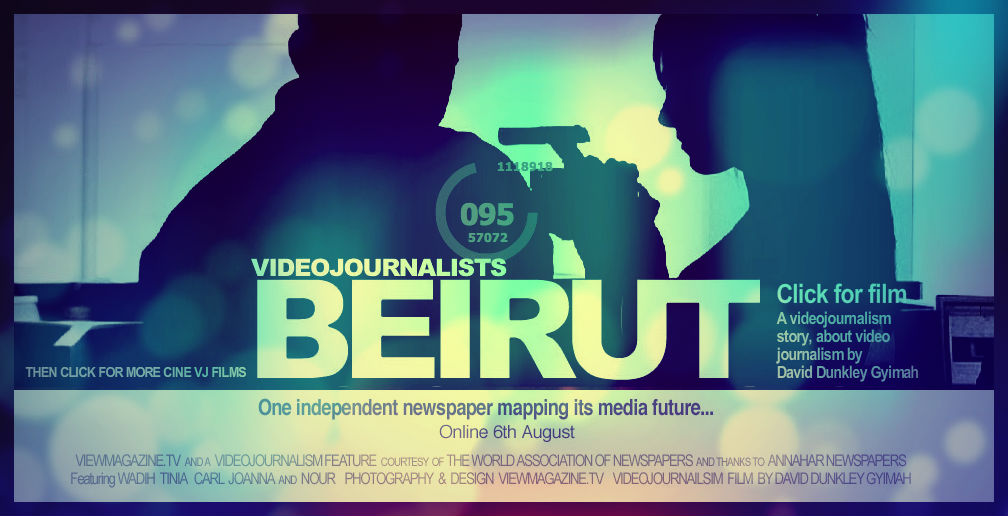 The findings are not my own subjective view, but a distillation of evidence from my search. However, I am integral to its route, just as a singer is to a score.

A decade ago, a revolution of sorts arrived in the UK. Newspapers, emboldened by digital, YouTube and video making, decided they would now want to produce video. They spoke to the Press Association, the UK body, which represents the interest of newspapers. The Press Association looked around. Who could help them launch and run this programme?

I got a call and agreed to do it. To train the first regional newspapers in the UK to become videojournalists was a reward in itself. When the dozen journalists pitched up from three major publications, we had three weeks to turn them around. But one newspaper, the Hull Daily Mail had a secret. Three days into the training, their editor had a call. Their managing editor back in Hull was about to do a Cortés.

Cortés, a 16th century explorer, is famous for telling his crew to burn their boats in their attempt to conquer Mexico. The Hull Daily Mail were launching their video site in just over a week, irrespective of the 3-week training earmarked for them.

Tony Johnston, PA’s Head of Training called me into his office. The look of concern on his face was palpable. That gives us a couple of days to get them ready. For something that had never been tried before, this could be a major setback. The UK media, and broadcasters who knew about the scheme had their knives ready.  If the programme failed, that would have been a severe dent in PA’s plans to launch a commercial scheme.

Tony rang his friends at Cleveland Police. My role, meanwhile was to up the level of training – which wasn’t easy on the journalists. The scheme Tony and I hatched was that in five days they would be put into a ‘as-live’ murder scene. What I did not tell them until the morning is I would be filming them.

Six months later, 8 Days was submitted to an international videojournalism competition in Berlin. The judges remarked:

What makes this piece remarkable is its unique sound and visual montage. This is an exemplary documentary but it rigorously and fully exploits the potential of artistic videojournalism.

Months later, the Hull Daily Mail also took several UK awards for their work.  8 Days catalysed the following thinking: if the film could walk the rope between documentary, art, cinema and videojournalism, who else was doing the same? I needed evidence, examples, be able to decode media and learn to be critical, but where would I get these from?

The psychological war in research is a puzzle of creating unintentional confusion, untangling it to create meaning, and then unveiling it, which often yields the 20:20 exclamation from others, “Aaaah. That looks easy! ”

Before I arrived at a method to create reasonable experiments, I read streams of books and conducted various (sometimes with no direct result) experiments, and wondered what I was doing wrong. I read Foucault, Kant, Heiddegger, and Bergson for inspiration. None of them featured in my final plan.

Professor Brian Winston, holder of an Emmy and one of the World’s authorities on documentary, television and cinema was one of many experts interviewed. After three hours of talking, (prof Winston mainly) I left his side crushed with the naivity of my ideas. 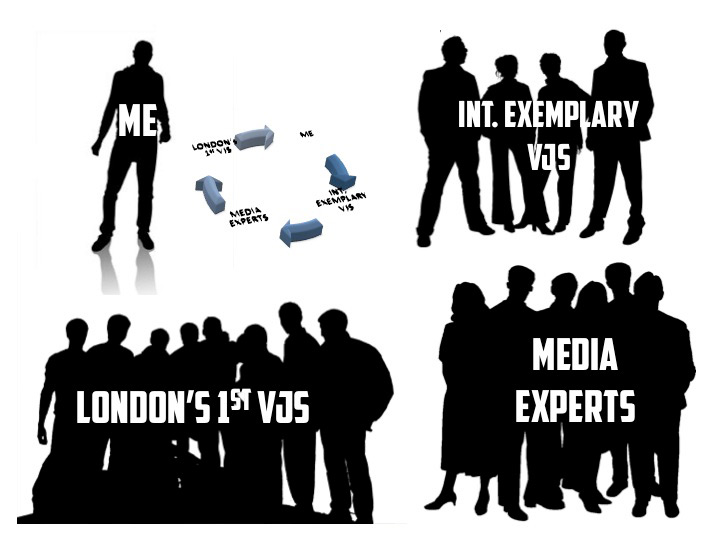 Among the experts were Deborah Turness, now President of NBC News, Stewart Purvis; a senior academic at City University, formerly CEO of ITN: Pat Loughrey, formely Head of Nations and Regions BBC, now Vice Chancellor of Goldsmith College; Vin Ray, a former foreign editor at the BBC, now an independent consultant;  Albert Maysles, who pioneered Cinema Verite with Robert Drew; and Tom Kennedy, formerly Head of Video at the Washington Post and Brian Storm, owner of Media Storm. In all, more than a 100 experts contributed to the understanding of the future of news from videojournalism.

More than 300 films across different genres from silent cinema, Newsreels, Documentaries, News to modern cinema were critically viewed. This film below, the Phantom Carriage (1921) is a story about the dying wishes of a woman. The film oscillates between dream sequences, flash forwards and backwards, predating Inception by more that 80 years. 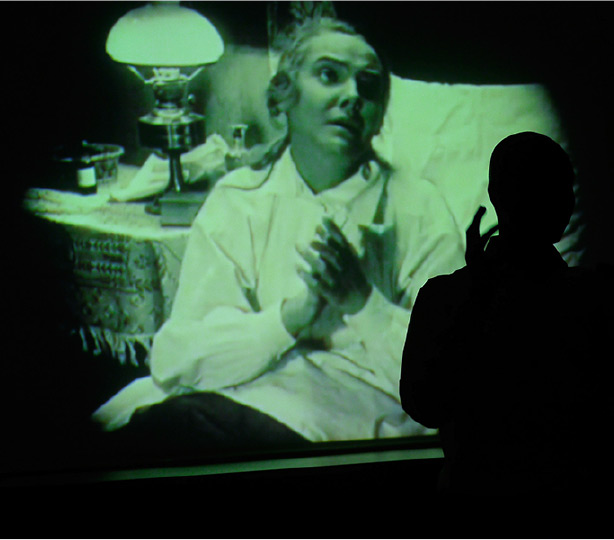 I remember reading an article way back whose title escapes me. It noted the many decisions a basketball player makes approaching the basket.  I conducted a simple experiment in China and the UK on young media graduates. The more theoretical knowledge you acquire, the more choice you have. This rhetoric appears sound. In making a videojournalism-as-cinema film, we identified the following thought processes. 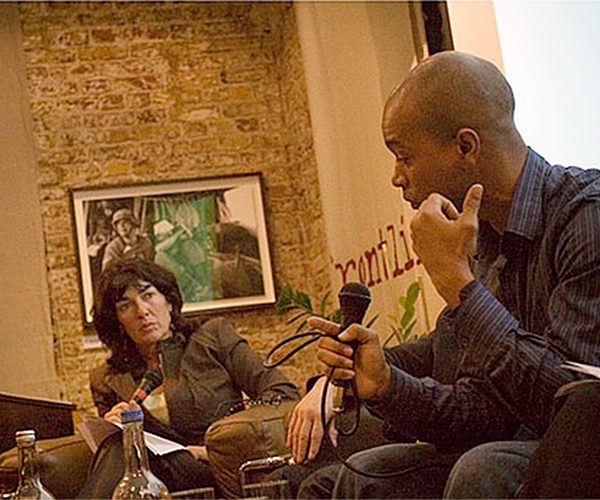 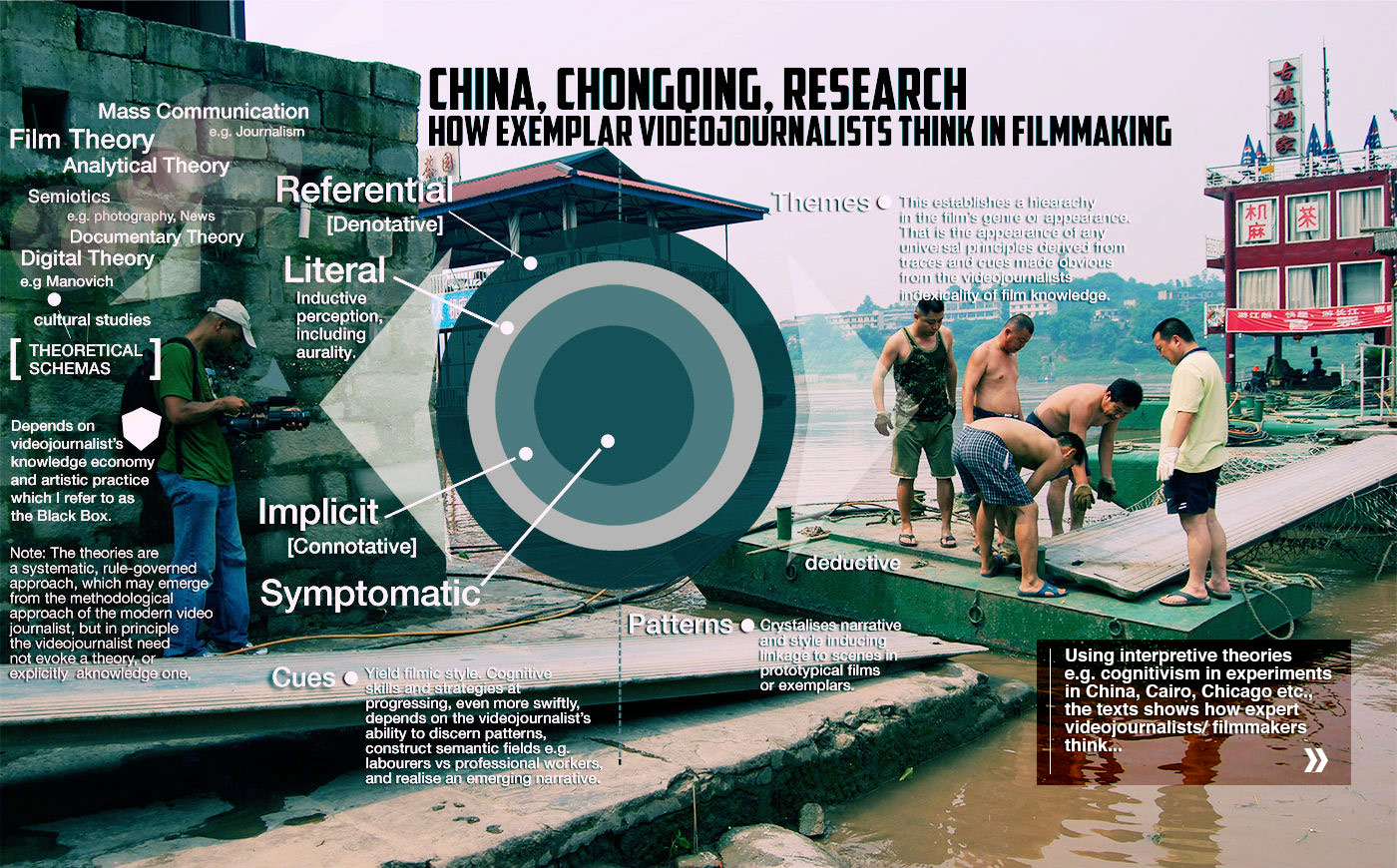 The way we think, and the way therefore videojournalism-as-cinema makers think is based on pattern recognition. So, what can you see from thi

s below? For many people an obvious two distinct patterns exist. For others a minimum of six patterns can be found. In videojournalism, it’s much the same. If you’ve only been conditioned to see one way of interpreting media, you lack the insight to produce media in other ways. 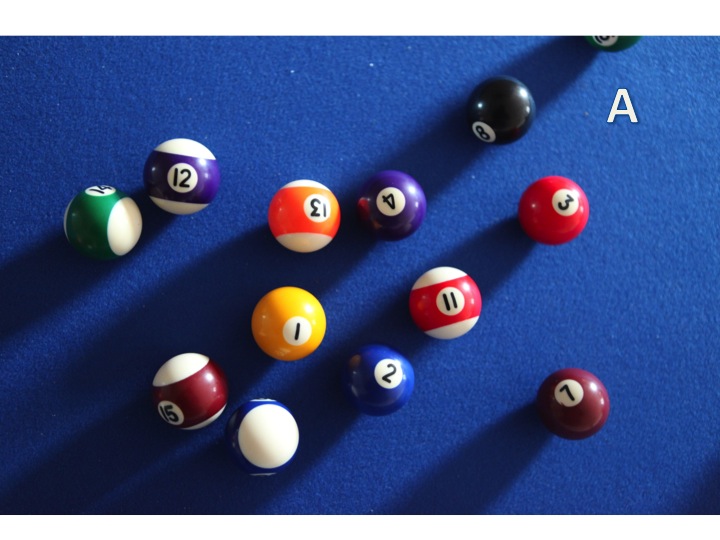 What was discovered, travelling across the world was released at festivals, such as SXSW  – one of the biggest and best creative festivals staged every year.

“South by Southwest broadly is about bringing people from a wide array of business and creative disciplines together to figure out the future: how to make it as an indie band; how to make a better movie; how to build a startup that doesn’t suck. It’s a forward-thinking event.” – Wired, March 2013 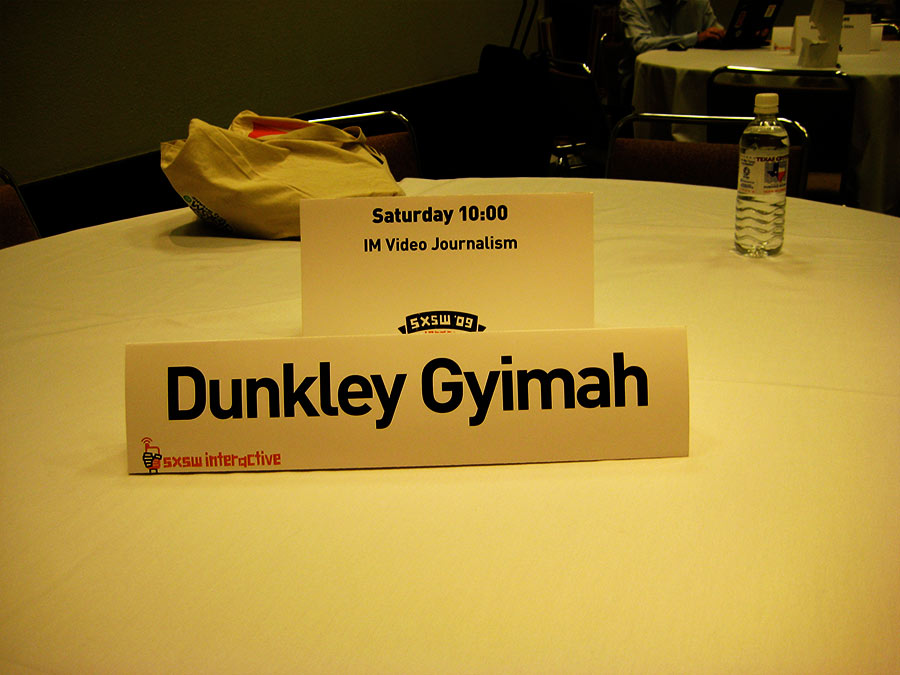 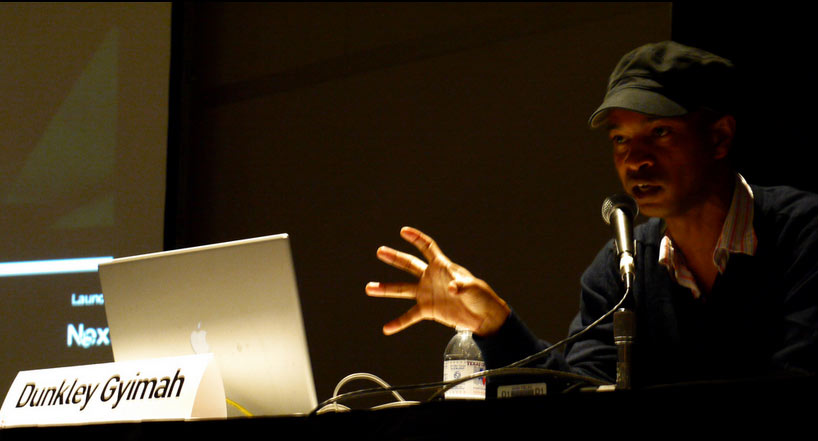 Apple in London hosted two digital presentations and produced a profile of my work on their site. 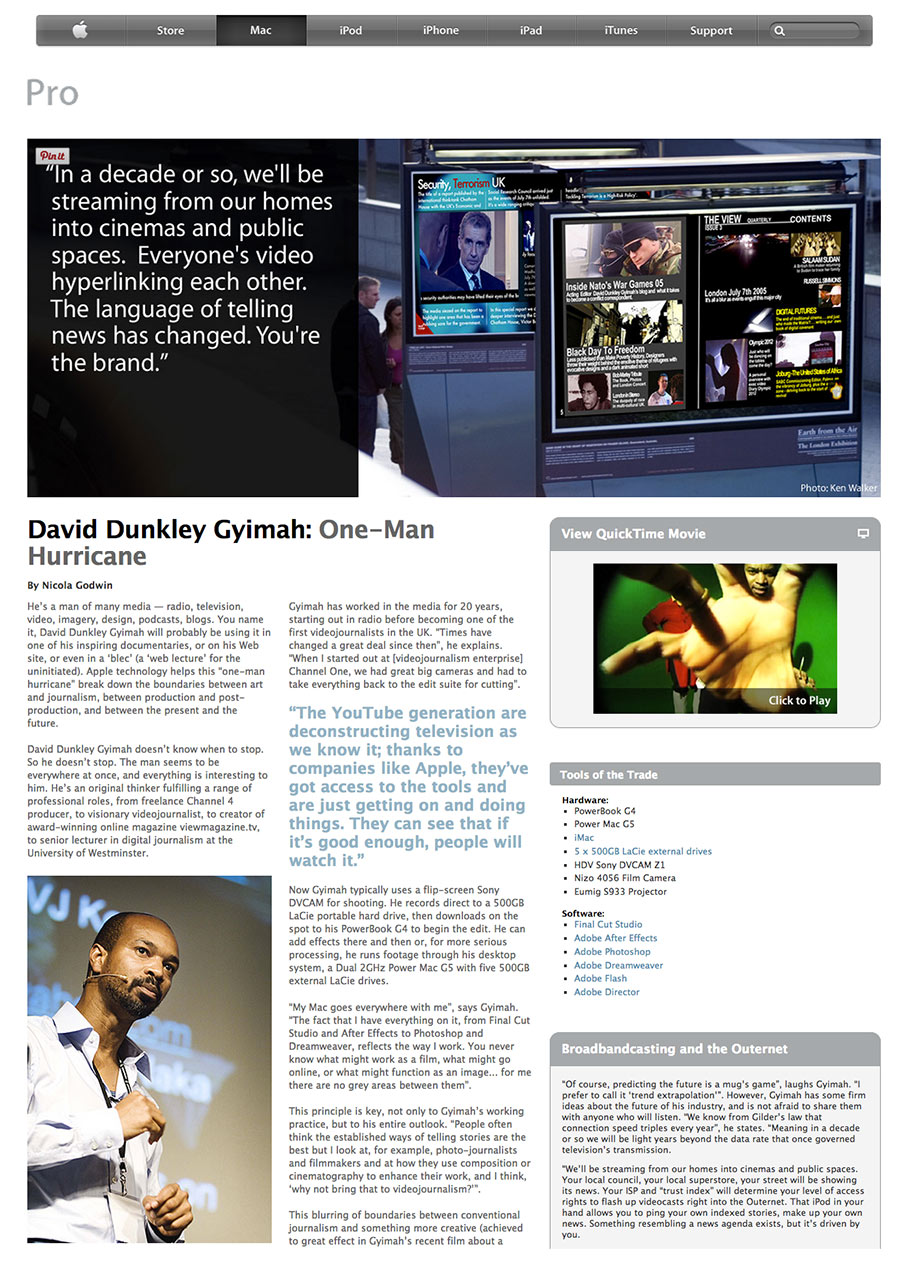 As an ardent blogger, I used my blog to share and road test ideas. Last  month I passed my 2000 blog posts. My 2014 post illustrated how important Steve McQueen’s film 12 years a Slave is to new reportage and its relation to the classics such as Velázquez

In traveling the world and working in Lebanon, Tunisia, Egypt and the near the border of Syria I have had the opportunity to evaluate the results before published. In June I submitted my Doctorate thesis and headed to Perugia, the International Journalism Festivals to present key aspects of the research which frame  video journalism and television.

What I presented there and sumarise on this site are ideas emerging from the study, which help us understand the present and future of media.

Next Post Millennial Masters - Flippin over Knowledge Transfer
Back to Posts